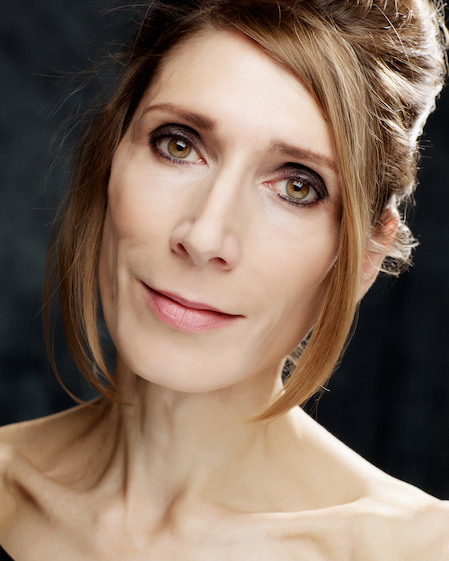 Valerie’s theatre credits include Raffaela in the Broadway production of Grand Hotel and, in the West End, Fraulein Kost in Cabaret and Madame Egorova in Beautiful and Damned.  She played the Queen of Transylvania in My Fair Lady at The National Theatre, Theatre Royal Drury Lane, and for the BBC Proms at the Royal Albert Hall: In The Phantom of the Opera (UK and Ireland), and the 2020 Greek premiere in Athens, she played Madame Giry.

She was Ninotchka in Silk Stockings at Sadler’s Wells,  a role she reprised to critical acclaim in New York. Other roles in London include Marlene Dietrich in Piaf and Emma Goldman in Ragtime at the Charing Cross Theatre and Mrs Mullin in Carousel at the Arcola.

She played the central role of Dorothy Stackpoole in the Scottish premiere of Alan Bennett’s play People at the Pitlochry Festival Theatre.

Film credits include The Phantom Of The Opera and Les Miserables; on television she was in The Robinsonsand Material Girl for the BBC and Fraulein Schweiger in The Sound of Music Live for ITV.

Radio credits for the BBC include D’or in Armistead Maupin’s Tales of the City, Nosferatu in The Midnight Cry of the Deathbird  and Rose in The Go Betweenies.

Valerie has performed in cabaret at Fienstein’s 54 Below and Birdland in Manhattan, and in London at The St James Theatre, Scott’s in Mayfair, Jermyn Street Theatre and Lauderdale House.