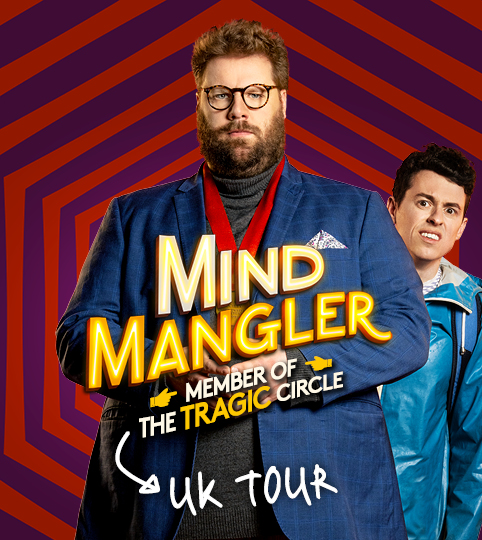 Mind Mangler: Member of the Tragic Circle is heading out on tour in 2023!

We are delighted to announce the very first UK tour of Mind Mangler: Member of the Tragic Circle written by Henry Lewis, Jonathan Sayer and Henry Shields, will be heading out on the road in January 2023.

In response to sold out performances at the Edinburgh Fringe, Mind Mangler has now been developed into a two-act show for a major UK tour.

The tour will culminate with a week at Theatre Royal Bath, from 18 to 22 April 2023. Tickets are on sale here today (at most venues).