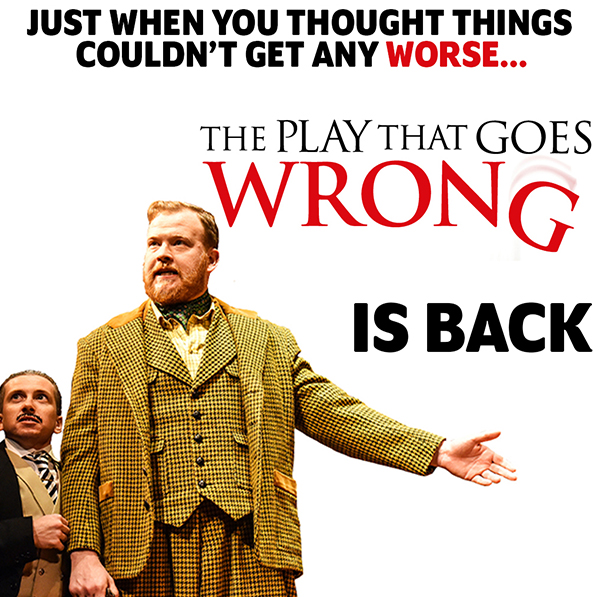 The Play That Goes Wrong is BACK!

The Play That Goes Wrong, the Olivier Award-winning box office hit, is delighted to announce today that it will return to the Duchess Theatre, its home for the last seven years, from 18 June 2021. Tickets are on sale now and the production is currently booking through to 30 January 2022: nimaxtheatres.com/shows/the-play-that-goes-wrong/

‘The shortest emotional distance between two people is a laugh. So, we're delighted to have the chance to bring people together again. It's going to be very emotional. In a good way.’

‘We are so excited that The Play That Goes Wrong will soon be delighting audiences again. Cornley have been rehearsing on Zoom throughout lockdown and have assured us that the play is now ready and will go ahead without a hitch.’

For audience members with tickets for The Play That Goes Wrong performances before 18 June, their ticket provider will be in touch to re seat them for performances from 18 June 2021.

We are also delighted to be part of the See it Safely scheme run by SOLT and UK Theatre. This scheme supports theatres by providing a toolkit and practical help and training to ensure that they are following the latest Covid secure guidelines. When audiences go into a venue displaying the See it Safely mark they can feel confident that all the correct safety measures in place.

Awarded the 2014 WhatsOnStage Award for Best New Comedy, the 2015 Olivier Award for Best New Comedy and a Tony Award for the Broadway transfer, The Play That Goes Wrong continues to delight audiences in the West End. The show’s success is a testament to the hard work and determination of a group of drama school graduates who became friends, set up a company under the name ‘Mischief’ and created an extraordinary body of work. The Play That Goes Wrong shows no signs of slowing down since its first performance at a London fringe venue with only four paying customers. Since then, it has played to an audience of over two million and now has productions in over 30 countries.