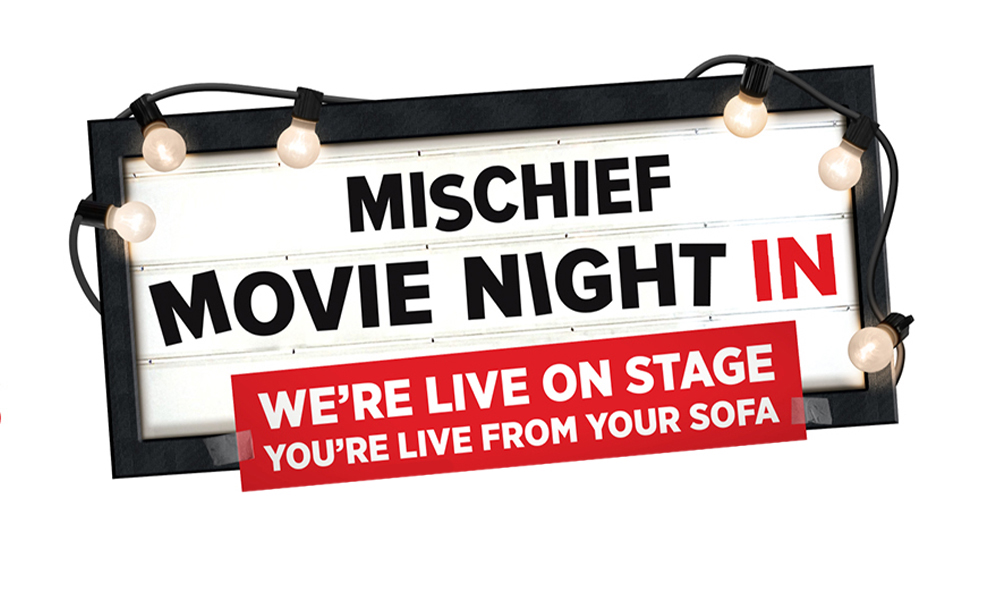 WE’RE LIVE ON STAGE
YOU'RE LIVE FROM YOUR SOFA

BOOK YOUR TICKETS BELOW

Due to the phenomenal success of the first week of Mischief Movie Night In, the original Mischief team are returning to your screens for more hilarious improv, streaming straight to your sofa from their emergency comedy bunker!

Book now for one or all 10 new shows, including a Late Night Matinee where we hope more of our friends from around the world will join in the fun and a special Valentine’s Day Rom-Com for the romantics among you!

We still need YOU to come up with the title, the genre and location of our improvised movie. Help us make our movie and send us your other suggestions via social media or simply enjoy with family and friends.

From £10 per stream – book for one or all ten now – every night’s a first night!

Performance times are in GMT

★★★★ ‘this is a blissful hour’ The Telegraph

All in person performances of Mischief Movie Night at the Vaudeville Theatre are now cancelled due to COVID. All affected ticket holders will be contacted.