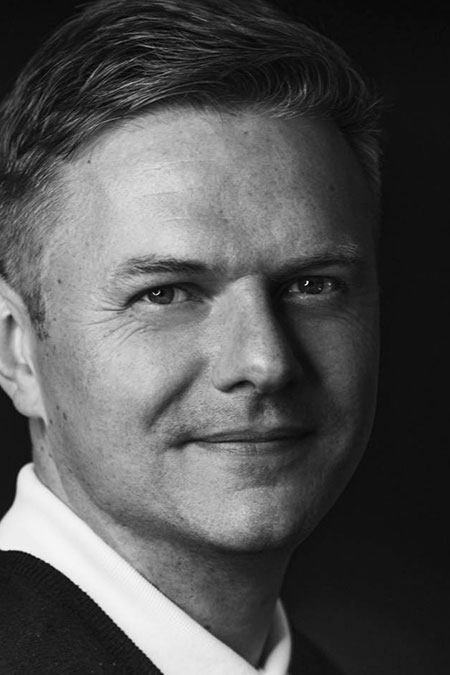 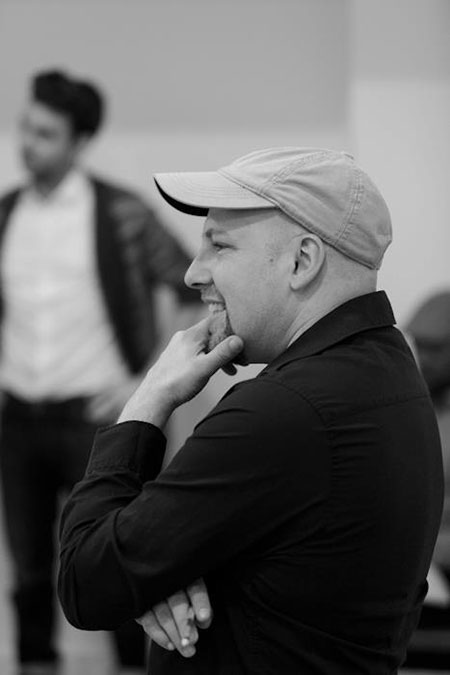 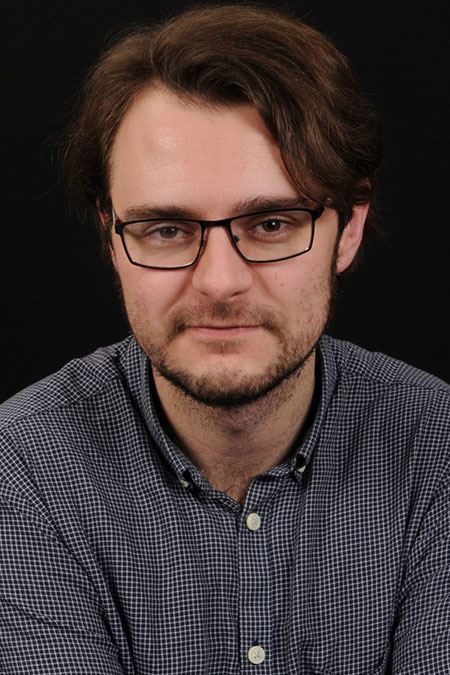 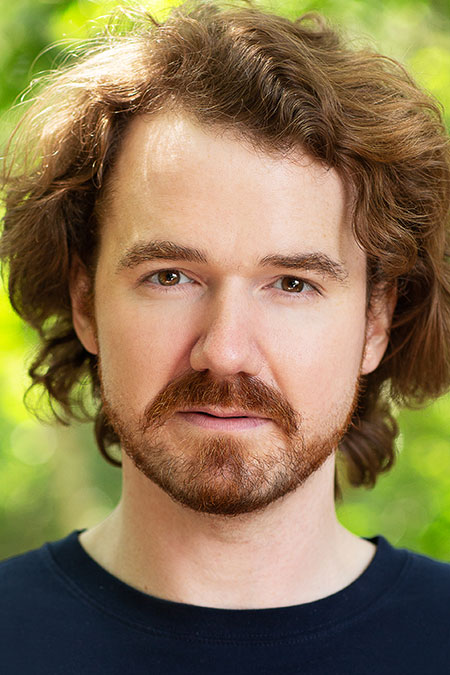 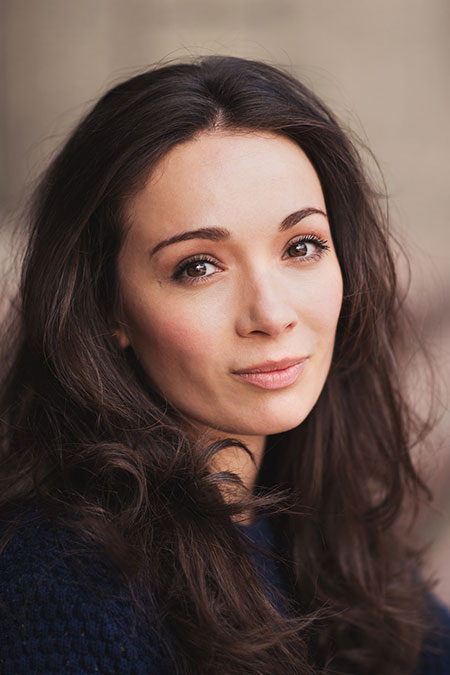 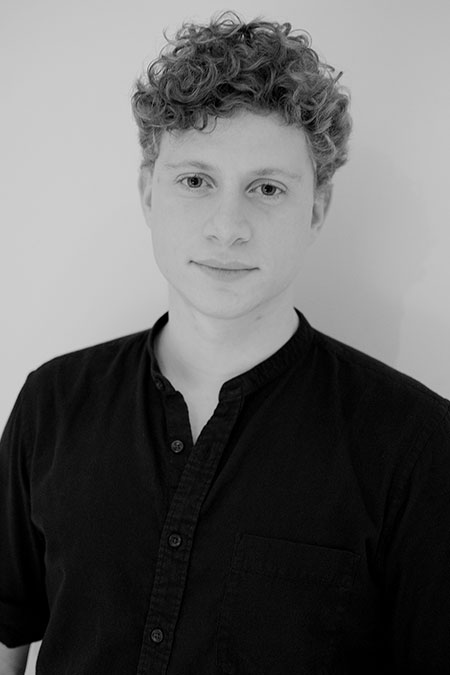 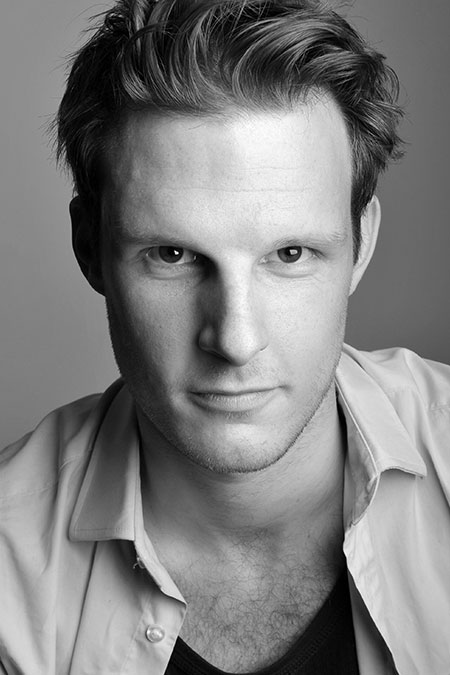 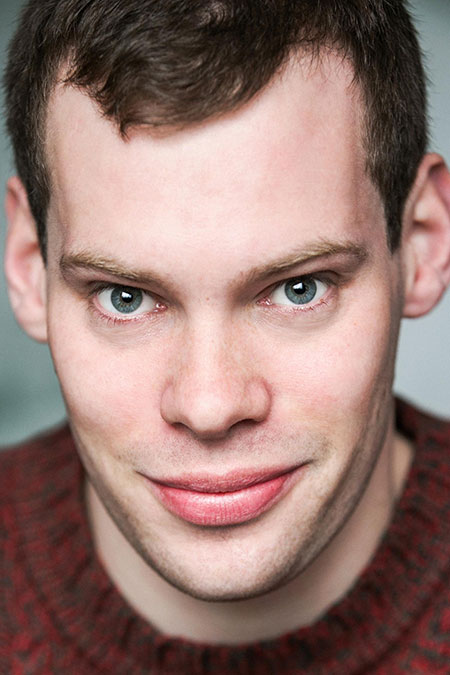 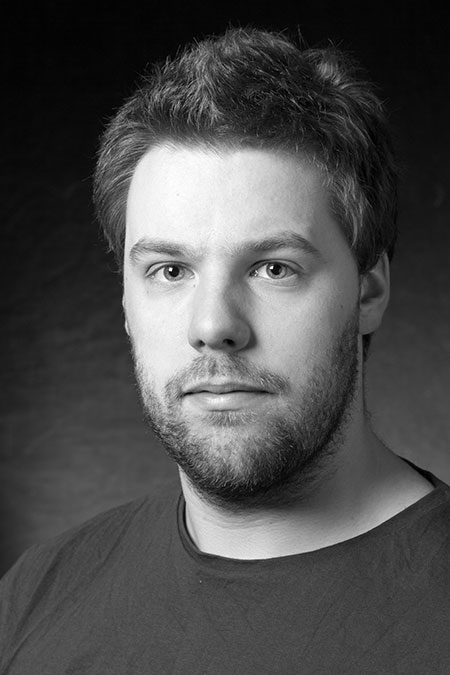 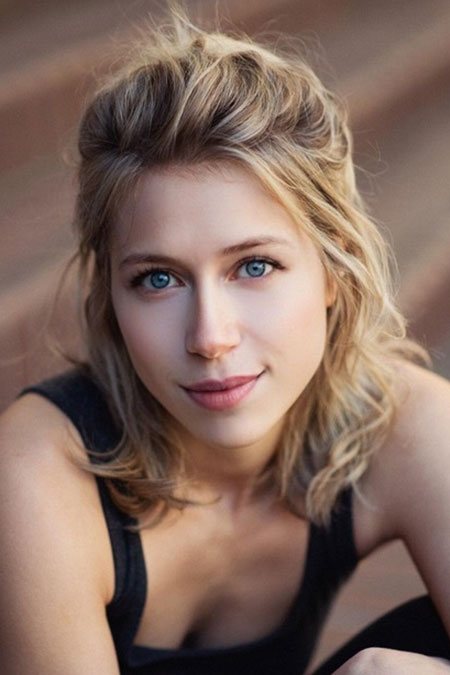 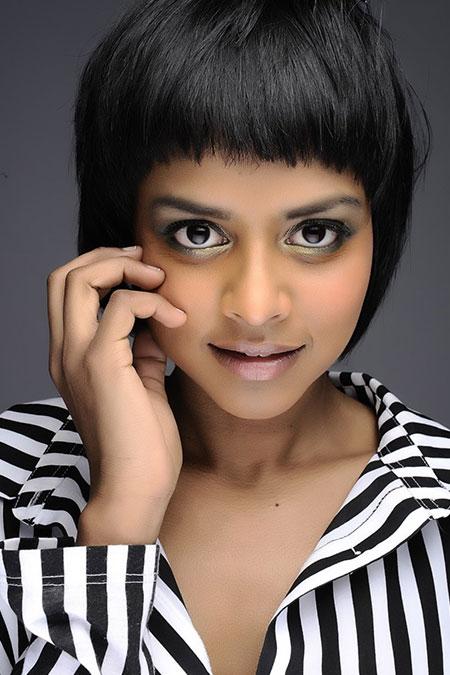 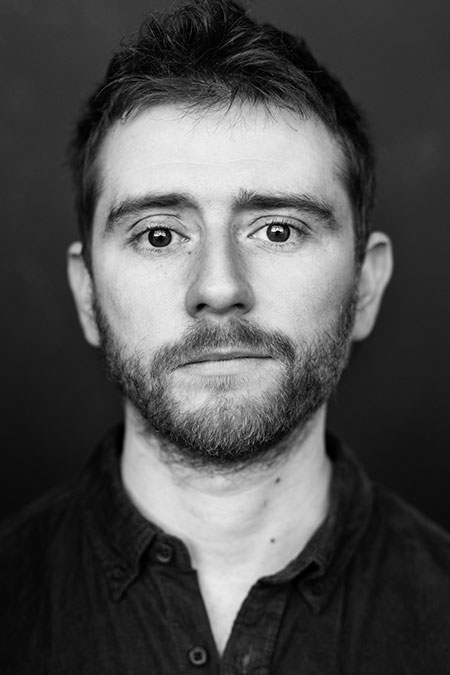 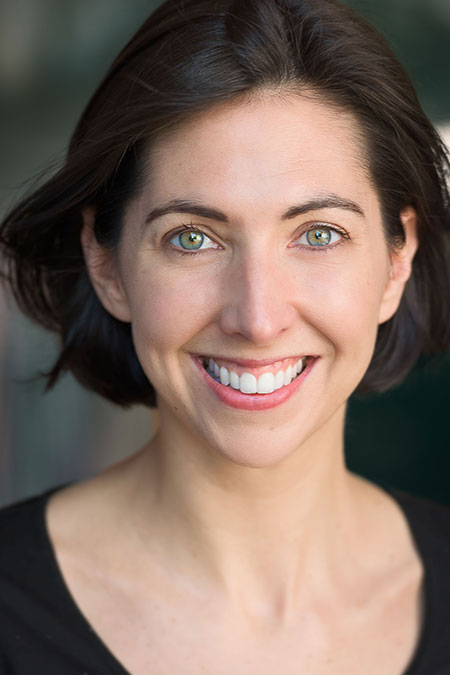 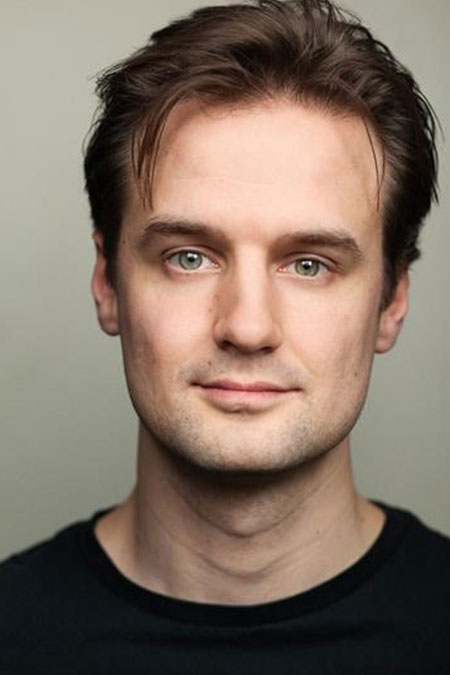 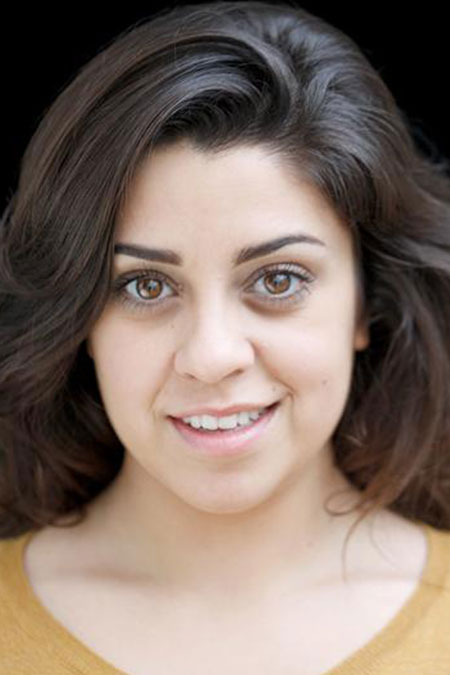 International productions of Drama, Opera and Musicals in Europe, Asia and America.

Exciting to bring the world of Mischief Movie Night to the home screens.

Adam is the co-creator and director of the Olivier award-winning Showstopper! The Improvised Musical.

He recently consulted on the new Borat film and is now writing for a new series on HBO.

He is a specialist in improvised performance - having also created The London 50 Hour Improvthons, The Society of Strange, Rhapsodes, and The School Of Night with Ken Campbell.

He is also a composer. His musical Burlesque won four OFFIES including Best New Musical, and he writes songs for Ant and Dec on ITVs Britain's Got Talent.

Richard is a freelance musical director, qualified teacher, vocal coach, composer and improviser. He has recently worked as one of the improvising musicians on the outdoor tour of Mischief Movie Night, and previously for the run at the Arts Theatre. He was also recently the MD on the All Male Pirates of Penzance at the Palace Theatre, and the All Male Iolanthe and The Mikado on national tours of the UK. Other MD credits include: Secret Garden at the Ambassadors Theatre, Finian’s Rainbow at Charing Cross Theatre, several runs of NewsRevue at the Canal Café Theatre, In The Heights for Urdang Academy at Bernie Grant Arts Centre, Princess Ida at the Finborough Theatre, Lucky Stiff, Road Show, Anyone Can Whistle and Our House at the Union Theatre, The Wandering Scholar at the King’s Head Theatre and the annual pantomime at Newbury Corn Exchange for five consecutive years.

Richard also co-composed music and songs for Peter Pan Goes Wrong. He initially joined Mischief Theatre in 2013 as an improviser for Lights! Camera! Improvise!, which played several sold out runs at the Edinburgh Festival and had a residency at the Duchess Theatre before becoming Mischief Movie Night. His other improvisation work includes the last six Annual 50-Hour London Improvathons (Finsbury Park Theatre, LOST Theatre and Wiltons Music Hall) with Extempore Theatre. Other recent composition work includes the in-development musical Tasting Notes, the short film The Art of Za Deal and the plays Indebted to Chance and The Recruiting Officer at the Old Red Lion.

Richard trained at LAMDA as a post-grad MD, and credits while in training included: City of Angels at the Hammersmith Lyric; The Last 5 Years at the Nursery Theatre; Much Ado About Nothing at the Riverside Studios, directed by Dame Janet Suzman. He is an audition pianist and vocal coach, and has worked at various drama schools including LAMDA, Rose Bruford, the Urdang Academy and Sharpe Academy. He is an MD/repetiteur for the company Opera Anywhere, and has worked at the Old Vic Tunnels, the Islington Pleasance, Buxton Opera House and Royal Festival Hall.

Mike Bodie is an actor, voice actor, and founding member of the Olivier Award-winning Mischief Theatre.

Radio: Carried, Hitler VS Ford, The Kiss (The Wireless Theatre Company); The Watcher On The Wall (BBC Northern Ireland).

Awards: Performing Artist of the Year Award Winner – Journal Culture Awards 2019 for her role as Amy in My Romantic History at Live Theatre

Harry trained at RADA and is a founding member of Mischief.

Harry teaches Improvisation at LAMDA is about to take over as the Mind Mangler In ‘Magic Goes Wrong’.

Henry is an Olivier Award winning writer, actor and producer and is the artistic director of comedy company Mischief. Henry’s work has been produced in over 40 countries worldwide.

Henry has also performed at The Royal Variety Performance 2015 & 2019 (ITV1), We are Most Amused and Amazed: Prince Charles’ 70th Birthday Celebration (ITV1) Keep it in the Family (ITV1), Children in Need 2020 (BBC1). Outside of Mischief Henry produced and acted in the critically acclaimed revival of Philip Ridley’s Mercury Fur in the West End and produced the UK premier of Tracy Lett’s Superior Donuts. Henry is also the creator and founder of The Mystery Agency.

Niall trained at the Guildhall School of Music and Drama.

Jonathan is an Olivier award-winning writer, actor and is the Company Director of Mischief Theatre.  His work for Mischief has been performed internationally in over 40 countries.

Outside of Mischief Jonathan is a trustee for Mousetrap and the joint Chair of Ashton united FC.

Lauren trained at The Liverpool Institute for Performing Arts. She is a cast member of the sell-out show 'Austentatious: An improvised Jane Austen Novel' and the Olivier Award winning 'Showstopper! The Improvised Musical'. She is one half of improv double act Breaking & Entering with Maria Peters, one third of three-woman improv troupe Anxiety Club with Charlotte Gittins & Briony Redman, and a regular guest with the renowned Comedy Store Players. Lauren is also a co-founder of The Playground, a ground-breaking night of improvisation that showcases new female talent and brings together some of the most experienced improvisers in the country.

Henry is an award-winning writer and actor. He trained at LAMDA and has been a member of Mischief Theatre since 2009.

Following Magic Goes Wrong Henry will be writing and performing in the rest of the Mischief Season, whilst developing a number of new projects.

As a multi-genre chamber musician, orchestral pianist and music director, Yshani has performed at venues including Wigmore Hall, Queen Elizabeth Hall, the Amsterdam Concertgebouw, Barbican Theatre and various West End Theatres. She has performed at events including the Oxford Lieder Festival, Kammer Klang and Live at the London Palladium and with such varied artists as City of Birmingham Symphony Orchestra, Mahogany Opera and Nina Conti. She is pianist of the Del Mar Piano Trio and Carismático Tango Band.

Yshani was music director for triple-Oliver winner Emilia at the Vaudeville Theatre, Olivier nominated Goat by Ben Duke for Rambert Dance Company, King John and The Whip for the Royal Shakespeare Company, As You Like It for National Theatre Public Acts, for circus troupe Circa at the Barbican and Assistant MD for the Royal Opera House west end transfer of Wind in the Willows, featuring CHROMA ensemble. Yshani was also an MD with Olivier award winning show Showstopper! The Improvised Musical.

Yshani’s commitment to contemporary music has seen her premiere works including by Charlotte Bray, Laurence Crane, and Joe Cutler. Her commissions for piano, Commodore 64 and bespoke 8-bit synthesisers have been performed at the National Theatre Riverstage, The Place Theatre and the All Your Bass National Videogames Arcade festival. As a composer herself, commissions include works for the London Sinfonietta, Thompson Street Opera Company, the Musicians’ Union for all its members, and music for a play about Fanny Mendelssohn.

Yshani was winner of the 10th Yamaha Birmingham Accompanist of the Year Award. She was a scholar at the Royal College of Music and the Guildhall School of Music and Drama under John Barstow, Caroline Palmer and Andrew West. She is now a member of staff at GSMD on the academic faculty. Yshani recently made her broadcasting debut for BBC Radio 3, presenting Sounds Connected, moving from piece to piece by exploring unexpected connections.

Joshua trained at LAMDA, co-founded Mischief Theatre in 2008 and has been improvising with them ever since. He played Jonathan in the original West End transfer of The Play That Goes Wrong (Trafalgar Studios). He is also a multi-instrumentalist and was part of the three-piece The Joker and the Thief, as featured in The Evening Standard, NME, Clash, BBC Radio London, and at venues including Ronnie Scott’s, KOKO and Glastonbury Festival. In his spare time he is a doctor, so should anyone in the audience require medical assistance, he's your man.