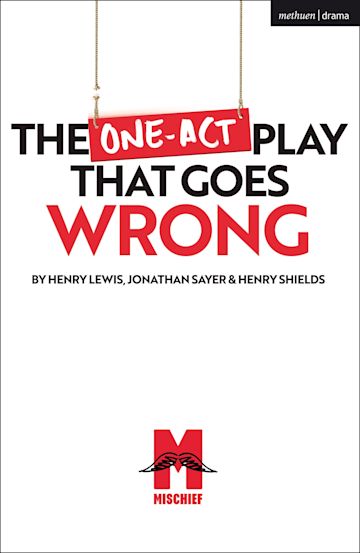 Good evening, I'm Inspector Carter. Take my case. This must be Charles Haversham! I'm sorry, this must've given you all a damn shock…

The original version of the global hit play created by Mischief.

After benefiting from a large and sudden inheritance, the inept and accident-prone Cornley Polytechnic Drama Society embark on producing an ambitious 1920s murder mystery. Hilarious disaster ensues and the cast start to crack under the pressure. Can they get the production back on track before the final curtain falls?

This one-act version of Mischief's world famous The Play That Goes Wrong originally premiered at the Old Red Lion
Theatre in London in 2012. Since then, the expanded two-act version has taken the world by storm and has been performed in over 35 countries across 5 continents, winning multiple awards including the WhatsOnStage and Olivier Award for Best New Comedy plus a Tony and Drama Desk Award for Best Scenic Design of a Play.

This edition features the original one-act edition of the play that's perfect to be enjoyed on the page as well as in
performance. A true global phenomenon, it is guaranteed to leave you aching with laughter.